"Parliamentarians for Jerusalem" forms a committee to monitor Israel's violations

The assembly declared the formation of a special committee to monitor and follow up the violations and measures taken by the Israeli occupation, and to present them to the relevant international organizations and institutions, and publish them in the mass media, and circulate them to different parliamentary, human rights and legal bodies all over the world”.

This is presented in the final statement after the end of the third conference of Parliamentarians for Al Quds, which was held under the title “Toward an effective strategy for the liberation of Al Quds”, Kuala Lumpur on 8 and 9 February, under the patronage of the President of the Malaysian Parliament Mr. Mohamad Aref Bin Yusuf, presence of Malaysian Prime Minister Mahathir Mohamad and the participation of more than 400 deputies from 64 countries.

The statement issued on Saturday, “Arab21” received a copy of, indicated that the reason behind its third conference came in the shadow of what is called “Century Deal” which was declared by the US president Donald Trump, assuring that the deal “acted as a new aggression on the Palestinian people, disguise for their historical rights over land, and a flagrant violation of the international traditions and laws”

The statement clarified that "the two conferences discussed, throughout the two days, the dangers of the continuation of the Israeli occupation on the region and the world, and discussed the required roles to end it and achieve justice for the Palestinian people", noting that they held "many workshops and meetings to emphasize the role of the parliamentarians in solidarity with the Palestinian people and to achieve their legitimate aspirations".

According to the statement the participants stressed over “supporting the Palestinian people’s right to return to their homeland, determine their own destiny; and establish Palestinian independent state that have complete sovereignty and Al Quds its capital.

They emphasized over “the rejection and indictment of the so called century deal, which is a continuation of systematic policy of the American administration for the benefit of the occupation and its racist actions against Palestinian people, represents a clear violation of international law and human rights, a deal of those who don’t possess for those who don’t deserve”, referring to “condemning all forms of normalization with the occupation. And considering this as a reward for their crimes and aggressions”

The representatives meeting at the third conference of the Association of Parliamentarians for Al Quds decided to continue their commitment to solidarity with the Palestinian people, to defend their rights in Jerusalem and all its homeland, and to expose the violations committed by the occupation authorities at all levels. 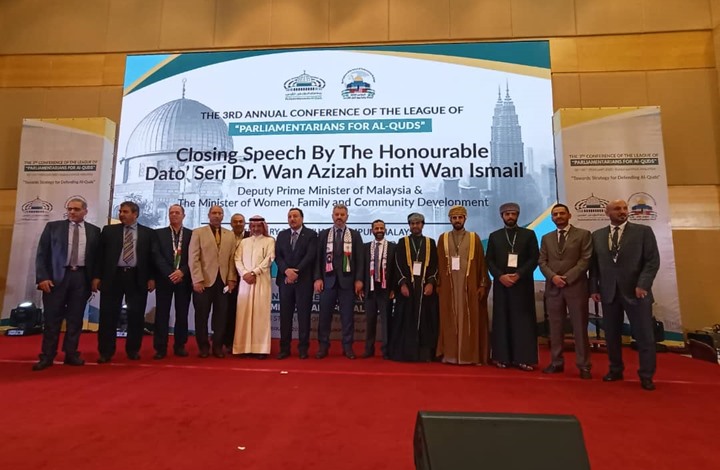 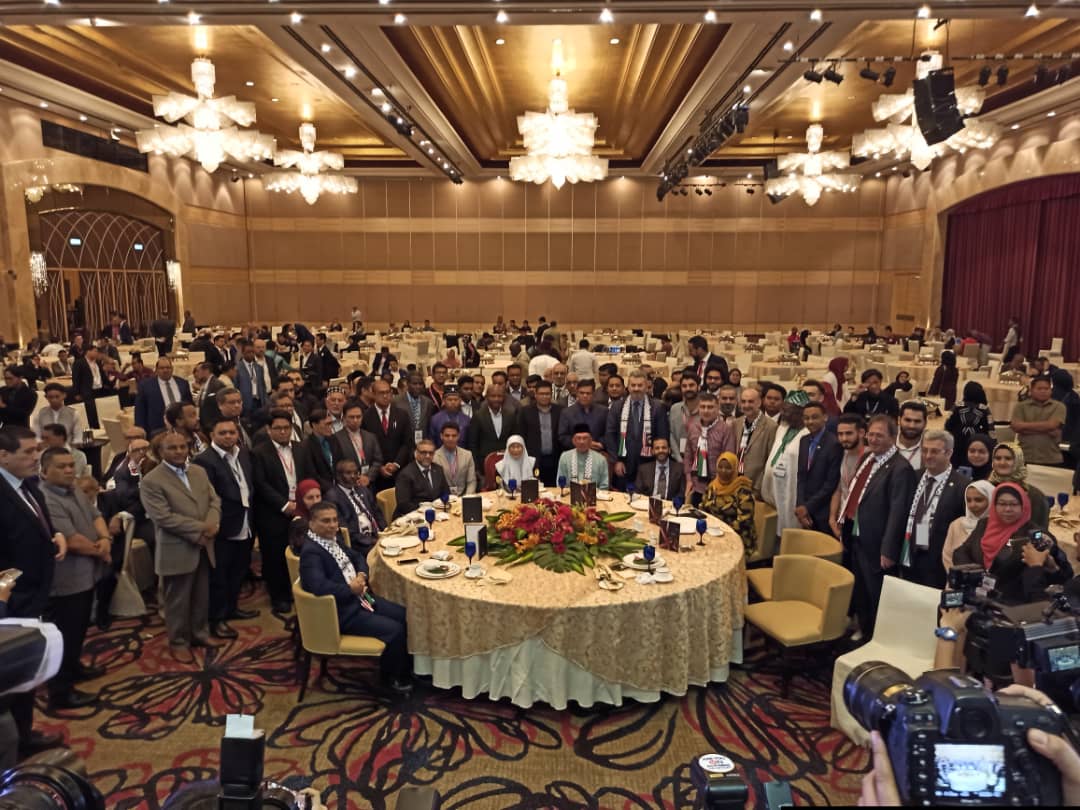